The Dangers of Chicken Necks

The dangers of chicken necks

I have been warning dog owners for many years now regarding the dangers of chicken necks, however many Breeders and Veterinarians keep advising owners to give them to dogs.  It is not hard for a pup to choke.  Also when swallowed they can damage the dog’s throat as the small vertebrae can be very sharp. 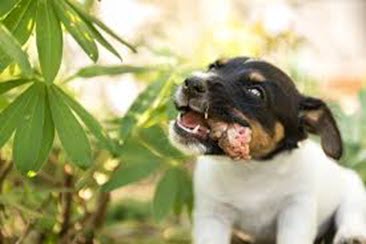 This University of Melbourne study warns against feeding dogs raw chicken meat especially chicken necks. They were traditionally recommended for dogs, and known for their benefits with canine dental health. However, studies at the University of Melbourne U-Vet Werribee Animal Hospital found that consumption of raw meat increases the chances of catching polyradiculoneuritis also known as APN.

APN is a rare but potentially fatal disease where dogs become paralysed due to an auto-immune attack on the nerves. The bacteria responsible for causing APN has been found in uncooked chicken. There is a significant association between this disease and smaller breeds of dogs.

Dog owners should choose regular dog food until more is known about this debilitating condition.